ABOUT
Chezy Champs is an annual off-season FIRST robotics tournament hosted by Team 254. The tournament takes place in late September, at Bellarmine College Preparatory in San Jose, California. This fall, Team 254 is hosting the sixth annual Chezy Champs, a premiere off-season FIRST Robotics competition event. 42 teams will come together in San Jose to battle it out to determine the best in the west.
Chezy Champs is free and open to the public.

Questions? Contact us at
INFORMATION
Chezy Champs features an entertaining show, competent volunteers, and a focus on the team experience. There will also be 254-style photo shoots for all robots Friday evening, blue banners and awesome trophies, and rule changes.

Volunteer Signups
We need many volunteers to make Chezy Champs a success! If you are interested in volunteering, please fill out this form.
Volunteer Form
Application
Apply for Chezy Champs using this form. Selections will be made based on criteria that include competitiveness, locality, and other factors. Applications close on May 31, and invitations will be sent shortly thereafter.
Application Form 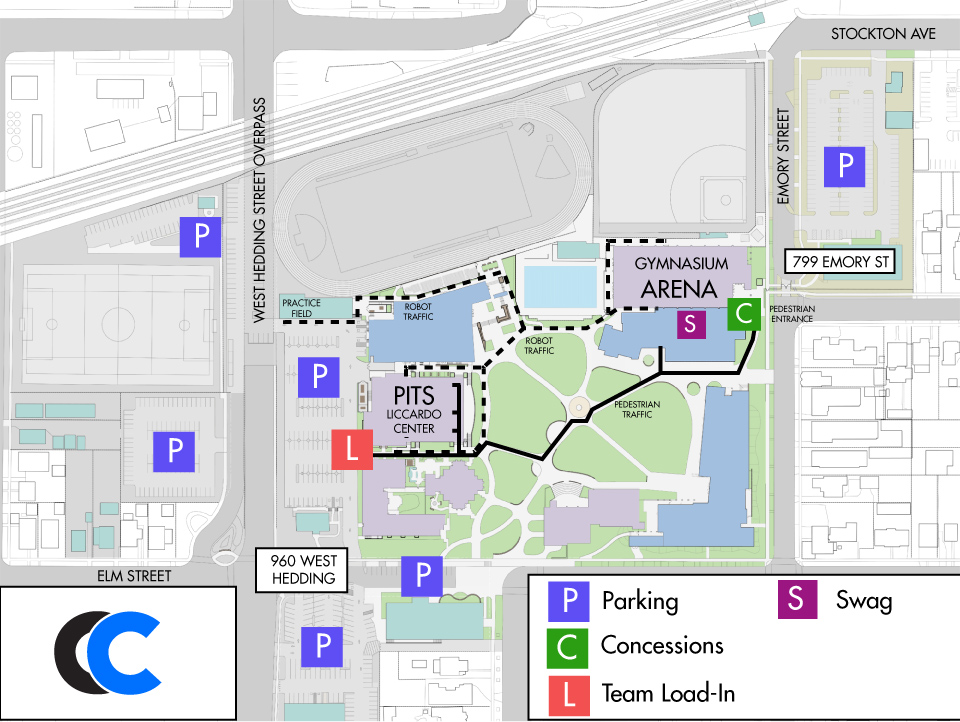 Chezy Champs has two parking areas which are not directly connected to each other: 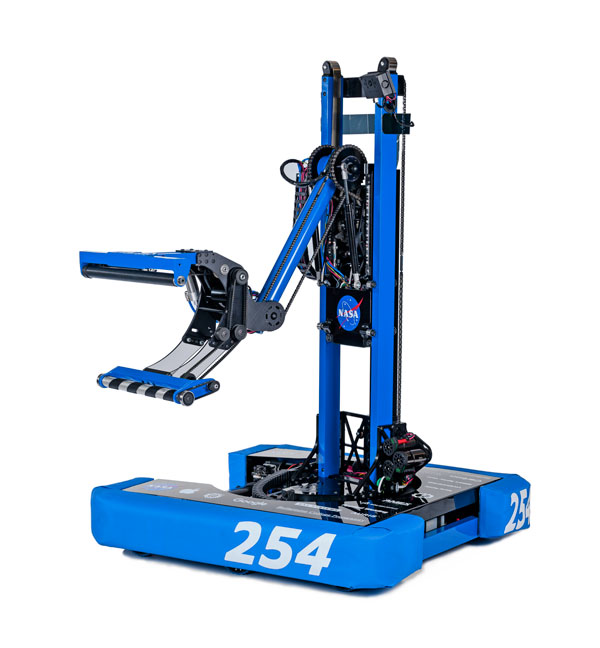 Chezy Champs will be played under the FIRST Destination: Deep Space rules with the following modifications:

There will be no robot inspections conducted, and teams are allowed an extra five (5) pounds weight for repairs and minor modifications. Event organizers may conduct ad-hoc inspections at any time; violations identified must be corrected before the robot can participate in subsequent matches, and teams may be retroactively disqualified from past matches for egregious violations that resulted in a competitive advantage.

Gameplay (changes to existing rules are underlined; deletions are crossed out.)

In general, minor violations of game rules that, in the best judgement of the REFEREES, meet ALL of the below conditions, will not be penalized:

G9. One (1) defender at a time. No more than one ROBOT may be positioned such that its BUMPERS break the plane defined by or are completely beyond the opponent's CARGO SHIP LINE.

The exception to this rule is if an additional ROBOT

G11. Throwing CARGO on defense is okay. Robots may propel CARGO without restriction, so long as doing so would not violate S1, G5, G7, G8, G10, or G20 (in which case the penalties from those rules would apply). No throwing CARGO on defense. A ROBOT with its BUMPERS breaking the plane defined by or completely beyond the opponent's CARGO SHIP LINE may not shoot CARGO into the air, kick it across the floor using an active MECHANISM, or eject it across the floor in a forceful way (i.e. CARGO is propelled a significant distance).

R6. A ROBOT may not be designed to shoot a HATCH PANEL such that it travels more than 3 horizontal ft. (~91 cm) beyond its FRAME PERIMETER (reference G6).

For the purpose of determining HAB Level at the end of the match, a ROBOT is not considered to be supported by a GAME PIECE or another ROBOT if, in the estimation of the REFEREES, the absence of the support would not change the Level that the ROBOT would otherwise be considered to have climbed to.

Chezy Champs will use four-team playoff alliances. All rules governing their selection and operation will be identical to those for Championship playoff alliances in section 12.10.1 in the official manual.

Lockheed Martin is an American global aerospace, defense, security, and advanced technologies company with a strong presence in the Bay Area. Lockheed Martin has generously joined us as a sponsor of Chezy Champs 2019.